Dr. Spicer completed his training in Cardiothoracic Surgery at the world’s largest cancer center – University of Texas, MD Anderson Cancer Center in Houston. His clinical interests focus on minimally invasive approaches to lung cancer as well as complex resections for advanced thoracic malignancies. He has paired his clinical focus with a comprehensive research program in cancer metastasis. His laboratory studies the link between inflammation and metastasis with a particular focus on neutrophil and circulating tumor cell interactions. 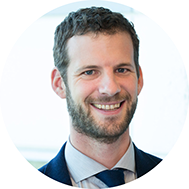 While surgery continues to be the cornerstone of definitive treatment for thoracic malignancies such as esophageal and lung cancer, metastasis  the leading cause of death for these patients. There is an abundance of clinical evidence demonstrating that post-operative complications and acute systemic inflammation are associated with decreased disease-free survival in patients undergoing a wide variety of oncologic. The cellular players responsible for this phenomenon are only now coming to light and our laboratory has been a pioneer in establishing the role of neutrophils in this process.

Neutrophils are the key cellular mediators of acute systemic inflammation and have evolved a wide array of mechanisms to carry out their function. Most recently, we have demonstrated that circulating tumor cells (CTC) can adhere directly over arrested neutrophils in metastatic sites such as the liver and that this occurs in a cell adhesion molecule dependent fashion. Furthermore, we have shown that acute inflammation causes the release of neutrophil extracellular traps (NETs) in the microvasculature of host organs such as the lungs and liver and that these NETs facilitate cancer cell arrest and promote metastatic outgrowth. NET release (NETosis) is a recently described mechanism utilized by neutrophils to fight microbial infections. In an afflicted host, neutrophils can extrude their intracellular DNA in a web-like fashion into the microvasculature of an infected organ.

Our research has shown that these NETs can also trap circulating cancer cells and in fact promote their growth into gross metastasis. Recent developments in neutrophil biology have shown that NETs can also be induced by sterile inflammation such as that induced by local trauma or even by inflammatory agents secreted by a primary malignancy.

The primary focus of our lab is aimed at understanding what molecular mechanisms are responsible for NET/CTC interactions. We also wish to elucidate if tumor-bearing individuals are prone to NET formation and if this phenomenon has prognostic significance. If this is the case, NET based interference may be a valuable clinical therapy to limit metastatic spread from the time of diagnosis up to and including the treatment phase (surgery, radiation and chemotherapy) where patients are prone to acute inflammatory events. Preliminary data suggest that this process is likely conserved across numerous solid tumor sites with propensity for hematogenous spread. Hence, this type of therapy could have far reaching implications for cancer patients. Our goal is for these investigations to yield entirely novel clinical trials in the coming years.

For travel to the American Association for Cancer Research Annual Meeting

“Surgical considerations after induction therapy for stage III A disease”

International Association for the Study of Lung Cancer, 2018

“Enhanced recovery after thoracic surgery: How far can we take it?”

“The emerging role of the neutrophil in cancer progression: Friend or Foe?”

“The emerging role of the neutrophil in cancer progression: Friend or Foe?”

"The emerging role of the neutrophil in cancer progression: Friend or Foe?